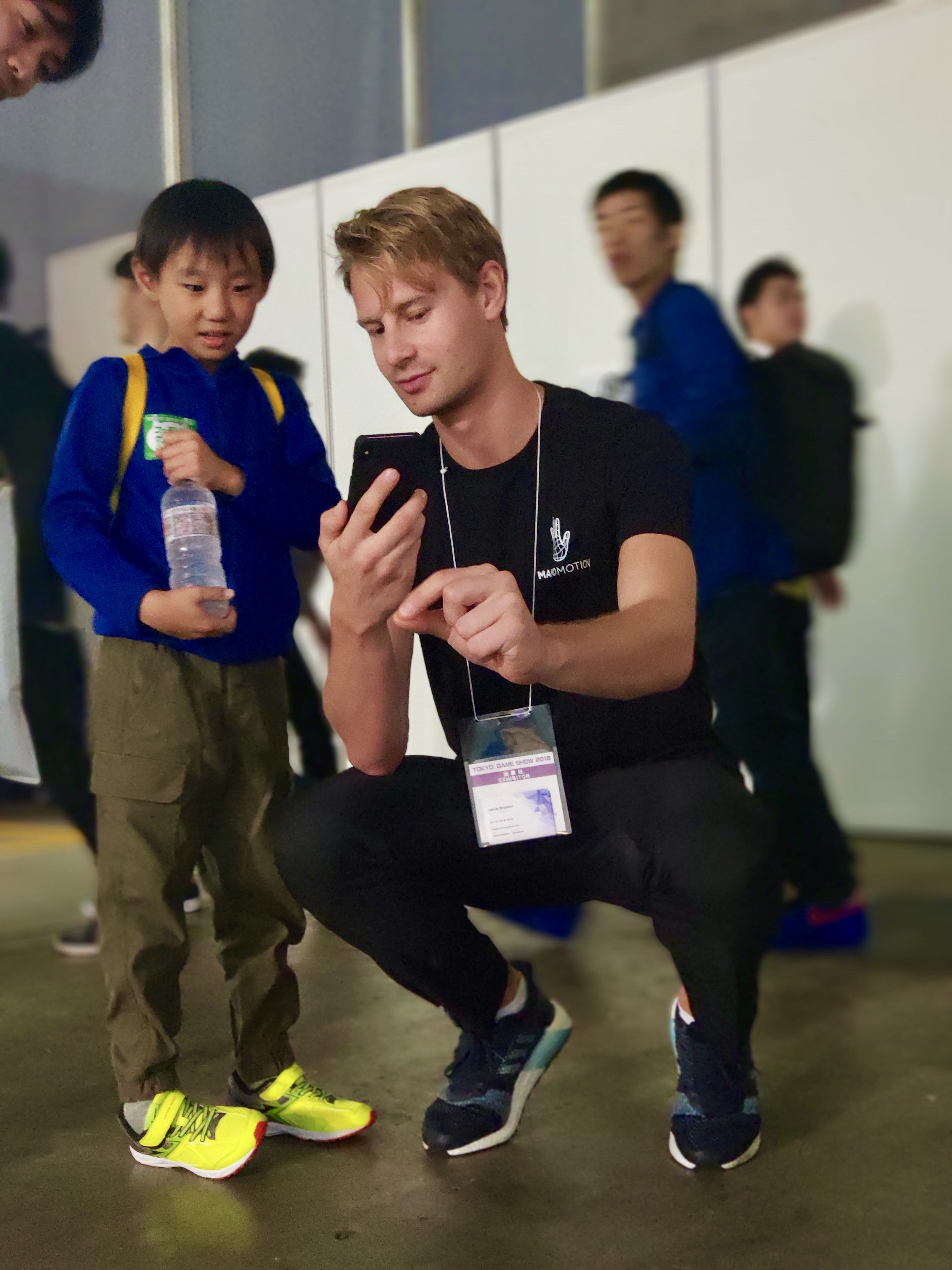 As we already know, Pokémon Go was just the beginning. The mobile Augmented Reality market has a huge growth potential and a number of sectors are following in the gaming industry’s wake. However, there’s been a rather surprising yet fundamentalproblem that has hindered mobile AR’s expansion.

Challenge: how to track hand movement in real-time

“Mobile phones are the most common handheld devices and thus the most evident interface for mobile AR technologies. But, as trivial as it sounds, one of the key challenges to make AR experiences feel natural for any user has been how to track and analyze hand movement in real time with the limited resources of mobile phones. We have solved that”, says Jakob Broman, Head of Growth at ManoMotion.

As a result, their solution provides a platform for gesture analysis to all units equipped with a normal camera, while at the same time using minimal computing power and battery consumption on the device.

“Since our software development kit integrates seamlessly with iOS, Android and Unity, we invite anyone to develop their own applications based on the technology we invented, built, patented and now offer to the world”, Broman explains.

ManoMotion will be a prime mover in a massive market: The mobile AR videogame market is expected to generate 11,6 billion dollars by 2025, followed by health sector (5,1 billion) and engineering (4,7 billion).

The European Union was convinced of ManoMotion’s solution and its societal impact: The company’s platform technology received over two million euros of EU funding in the extremely competed Horizon 2020 funding scheme. Only 64 out of 1752 applicants received the funding and most probably only a handful of them were applying as first-timers like ManoMotion.

Spinverse helped ManoMotion to navigate through the entire application process, from creating a convincing business story around the facts in the initial written application as well as preparing ManoMotion for the live interviews in the second round.

“Without the knowledge transfer from the Spinverse team I'm doubtful if we would have received the funding”, says Mr. Broman. “For us, Spinverse was a great partner who helped us structure the process and the content in a way which gave us top scores in almost every category that the commission is evaluating within the Horizon 2020 application.

Horizon Europe: growth opportunities for thousands of innovative projects – are you ready for your next step?

Horizon Europe will be launched in January 2021 and extends until 2027. It is the European Commission's proposal for an ambitious programme worth over 100 B€ to boost European research and innovation. Over the coming months, we can expect more ...

The European Commission has announced a remarkable investment programme worth 10 B€ or more, focusing on highly innovative, mature technologies and big flagship projects that aim to bring significant emission reductions in Europe. We asked Risto ...

Business Finland held an interesting webinar on EU funding recently and we collected some key messages for you in two parts. In this second part, we summarise what our Principal Consultant Eeva Viinikka shared regarding practical matters on how ...

There is a multitude of opportunities in EU funding instruments for sustainable industries who are ready to reinvent and renew their business practices. Applying for EU funding is a long and competitive process but doing your homework will ...

Despite the global crisis or perhaps because of it, this is a perfect time to innovate, renew and collaborate. Why is that? We talked to our experts Laura Koponen and Patrick Halford to get an overview of how these times of uncertainty could ...