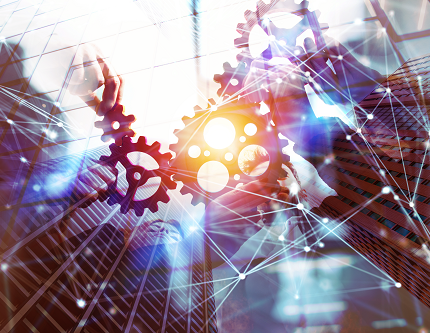 Size does matter in R&D, but by joining forces via open innovation and ecosystems, also small actors can make big things happen. Spinverse believes that even global firms are too small to innovate just in-house as digitalisation blurs the lines of different industries.

Innovation is key to success, both in companies and national economies. However, innovation debates often tend to circle around the level of research and development spending in relation to gross domestic product (GDP). Finland, for example, has set a target to reach 4 per cent level. Today, 4 per cent of Finland’s GDP would correspond to less than half of what Google’s parent company Alphabet spends in R&D alone.

This is why at least equal attention as to R&D spending should be paid on how the funding is spent and what is the impact of it. This is the opinion of Laura Koponen, Managing Director the Finnish innovation consulting company Spinverse.

“Disruption either by digitalisation or demand for more sustainable business models is hitting all Finnish companies, and they are too small to do the urgently needed innovation work in-house. Therefore partnerships are needed”, Koponen says.

The innovation landscape suggested by Spinverse is based on joining forces between big and small companies, research organisations as well as public actors, in an open innovation environment.

Business Finland, the Finnish governmental organisation for innovation, trade, travel and investment promotion, is investing over 500 million euros in the next five years to innovation ecosystems in the fields of digitalisation and health, for example.

Today the vast majority of the private innovation activities are still done in-house, but according to Koponen, the world is shifting fast. Mika Klemettinen, the director responsible for Business Finland’s digitalisation programmes confirms the message.

“Even East Asia, where huge companies don’t necessarily do much subcontracting and definitely do their R&D activities in-house, is waking up to the fact that digitalization explodes the possibilities in so many ways that they are not agile enough to cope with the change without ecosystemic cooperation with other, often smaller actors”, Klementtinen says.

“They have set up an office in Oulu. The work that they have done so far in Finland has opened their eyes to possibilities in Asia as well: they have come to understand that ecosystemic co-operation doesn’t jeopardise their position in the markets or Intellectual Property Rights.”

“The bottom line is that when the cake is bigger, there is more for everybody.”

One of the organisations that has heard the call for open innovation is HUS Helsinki University Hospital, the biggest health care provider and the second-largest employer in Finland. It coordinates CleverHealth Network, to which belong 14 different companies.

Among the companies are global tech players such as Microsoft and Fujitsu, nordic champions like Tieto and Elisa, and innovative start-ups such as Noona Healthcare.

Spinverse was contracted in August 2019 after competitive bidding to provide consultancy services for the network, or in other words, turning the network into a real innovation ecosystem producing artificial intelligence-powered digital solutions to provide better health care solutions for the clinical needs and build a new business base for world markets worth billions of euros.

“Our clinicians are treating patients present needs, and together we look for solutions. Spinverse combines the needs and solutions and puts them into concrete projects”, says HUS Chief Digital Officer Visa Honkanen.

The first identified solution are diagnostics for rare diseases, head area-imaging analytics and remote monitoring of gestational diabetes, for example.

Spinverse strengthening its position in health and digitalisation

Spinverse has built a strong Europe wide reputation in innovation management, especially regarding the circular and sustainable industry as well as electronics. With the new deals, the company strengthens its position driving the innovation in health care and digitalisation.

“I am proud to be leading such an innovative team who everyday challenges the industry to create more impact together. Solving the great global challenges calls for brave actions and intensive cross-industry joint development.  We have been doing precisely this for years, and I believe that our success in the public tenders stems from this”, comments Managing Director Laura Koponen.

Last year 85 per cent of Spinverse's turnover came from industries and roughly half outside Finland. Company’s core competencies are in open innovation and industry-driven ecosystems – building and leading need-based collaborative development actions with several companies having complementing capabilities.

When digitalisation meets health, Spinverse helps to close the gap

Digitalisation is expected to bring major benefits in health care, both as effective health care solutions and in cost savings. Finland is investing significantly in R&D of both fields to become the world leader in health tech in the upcoming ...

LuxTurrim5G ecosystem led by Nokia and Spinverse is building the digital backbone of smart city. Based on the smart 5G light poles developed recently, now the focus of the joint development of key high-tech companies and top-notch research groups ...

Learning on the job in action - Joni’s say about #SpinverseCareers

At Spinverse we want to empower our people to continuously learn and improve. Our people also tend to have a certain curiosity and hunger towards learning new things every day, but that’s just how we Spinversians are.

Temperature sensors, drug tests and disease detection devices made out of paper: the future of green electronics has kicked-off  with the INNPAPER project. The four-year project aims to develop alternative solutions to traditional electronics. It ...