The European defence industry consortium FAMOUS2 led by Patria and consisting of leading defence companies from nine European countries, has been selected by the European Commission (EC) to receive almost 95 M€ in funding from the first European Defence Fund (EDF) work programme worth a total of 1.2 B€. Spinverse helped plan and prepare the successful proposal and will support Patria in the project’s day-to-day management.

Spinverse participated in securing funding for both consortium project proposals in the subsequent EDIDP and EDF calls.

“We are incredibly pleased to see that the great collaboration which began with EDIDP FAMOUS is reinforced with FAMOUS2. The current European security environment underlines the need for more robust European defence cooperation and investment. This consortium combines critical European expertise with a resolve to modernise defence solutions for the battlespace of the future,” says Anu Ilmonen, Senior Manager and Team Leader for the Defence and Security team at Spinverse.

Project Manager Saija Juslén of the Defence and Security team will take the lead of the day-to-day management of FAMOUS2 together with Patria.

“It was a pleasure to cooperate and support the FAMOUS2 consortium partners in preparing the project proposal. I look forward to contributing to the partnerships and strengthening the collaborations that have been set in motion through the FAMOUS project together with Patria, the partner companies, and our team at Spinverse. Projects like these are foundational to creating and solidifying cross-border defence cooperation while enhancing European defence industry competitiveness going forward,” says Juslén.

The EDF is the European Union’s main research & development funding instrument with regards to strengthening European defence innovation. The EU Member States’ 2021-2027 budget for the EDF is close to 8 B€ with annual work programmes to foster European cross-border innovation and collaboration.

For further information regarding funding opportunities for the EU defence industry, do not hesitate to reach out to us! 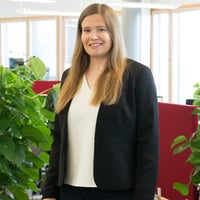