The goal of the European multi-disciplinary ELISE project, recently funded with 12 M€ by the European Commission, is to drive artificial intelligence (AI) by machine learning (ML). The consortium of 23 partners, including Spinverse, will build upon the open and excellence-driven ELLIS research network of top-level and diverse AI institutes that aim to drive adoption of outstanding ML algorithms and research in European companies. Spinverse facilitated the preparation of the funding proposal and will lead the communication and dissemination activities toward European industries at large during the project. 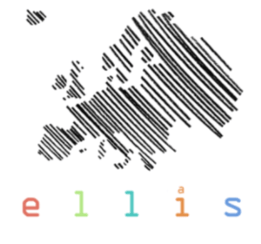 The project proposal’s acronym “ELISE” stands for European Learning and Intelligent Systems Excellence. The project was initiated by ELLIS, the European Laboratory for Learning and Intelligent Systems. ELLIS was founded in 2018 to create a network of AI excellence, including Europe’s top researchers and academia in ML and related disciplines, in order to compete with the major AI hotspots in the US and China and making Europe a “Powerhouse of AI”. To strengthen the position of the machine learning top-league hubs in Europe, ELLIS aims to build a strong network of European researchers and academia and a bridge to industry to attract more top talents to study and research in Europe.

To achieve these ambitious objectives, ELISE will implement six different activity streams which are, among other things, related to different programs enhancing researcher mobility and networking, fostering of new innovations and spreading the knowledge to academic organisations, industries and society.

The European Commission is strongly investing towards the development of European AI research networks and the total of 50 million euros was launched in the recently completed ICT-48 call. As a result of the highly competitive call, the European Commission selected ELISE’s project proposal for funding of 12 M€ to focus on fundamental research on AI, driven by machine learning.

Director Eira Seppälä from Spinverse was acting in an advisory role throughout the proposal preparation process: “The ELISE project demonstrates Spinverse’s role as the trusted partner in forming consortiums, planning and managing strategic research and innovation projects and helping to scale up businesses and ecosystems. We are proud to work with the leading research universities and most innovative companies in Europe.”

When the project is launched later in September 2020, Spinverse experts will lead the engaging activities with the European industries, driving the adoption of scientific advancements and related innovations in AI and enlarging industry-academia collaboration, especially in fields that are not directly related to AI developments but benefitting from those, e.g. manufacturing, energy sector, health sector, bioeconomy etc.

As a means to reach the wider industry, the ELISE consortium will build on the existing connections and establish new connections to pan-European industrial federations. The consortium will also engage with selected leading companies at the sectors where Europe enjoys competitive advantage, such as smart industries. Further, ELISE will recruit industrial companies to join industry-academia collaboration and related networking actions throughout the duration of the project.

Information on the ELLIS society:
https://ellis.eu/en