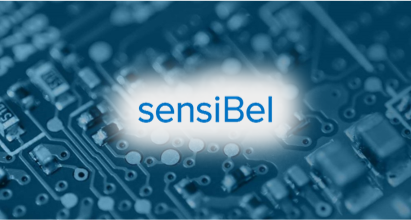 Spinverse recently helped the Norwegian start-up sensiBel in securing the 2.5 M€ grant and 4.2 M€ equity from the EIC Accelerator instrument. The funding will assist sensiBel in their goal to finalise their product development and scale up the manufacturing of their unique optical Micro-Electro-Mechanical-System (MEMS) microphone. With the accelerated manufacturing, sensiBel will be able to satisfy the needs for better high-performance microphone technology in voice-controlled user interfaces, high-fidelity audio recordings and sound capture markets.

sensiBel is a deep-tech start-up from Norway, specialized in optical MEMS microphone technologies. The company spun off from SINTEF, Norway’s largest independent research organization, in 2016. sensiBel has developed and patented a unique technology for a high-performance miniaturized microphone, which has 10 times (10dB) better signal-to-noise ratio and a wider dynamic range than other state-of-the-art MEMS microphones.

Microphone reinvented to meet the demands for supreme audio quality

“We reinvented the microphone by using a new patented optical technology,” says Stig Torud, Vice President, Business Development at sensiBel. For decades, microphones have been based on the same principles, with only minor incremental performance improvements. People are recording their lives with smartphone cameras as good as the human eye. Yet, audio recordings suffer from poor quality.  ​Additionally, poor audio quality makes people struggle with the increasingly common voice-activated user interfaces, especially in noisy environments and at a distance.

The dominating technology is capacitive MEMS microphones, with multi-billion € markets, but their performance is not sufficient to handle the requirements of voice-controlled user interface in complex environments, and the increased performance demands for high-fidelity audio recordings and sound capture in consumer, industrial and Enterprise applications. sensiBel’s microphone fills a gap in the market to meet these challenges.

The market opportunity is estimated to be 8.2 billion units in 2022 driven by the voice megatrend and especially the voice-activated user interfaces. Stig Torud continues: “sensiBel aims to take a position and become a key MEMS microphone supplier for the voice-activated user interface, high-fidelity audio and sound capture markets“. The various usage applications for sensiBel’s microphone have already been widely recognized by many large and global clients.

The EIC Accelerator is a funding instrument for SMEs to boost their growth in innovative technology projects. For the first time, the EIC Accelerator was launched with an opportunity for equity-based funding. When sensiBel made the decision to apply for funding through this instrument, they chose Spinverse to support them. This was largely based on positive experiences with Spinverse during the earlier funding round. Spinverse experts supported sensiBel with the development of their business plan, in collaborating in the writing phase of the funding proposal and by coaching for the subsequent pitch in front of the grant panel.

sensiBel team was supported by Pirjo Pasanen and her colleagues from Spinverse to put together all the necessary elements for the winning application. Stig Torud says: “After having worked together for the funding proposal and the pitch coaching, we felt well prepared and confident when the time came to go in front of the grant jury. What is more, we felt the simulation for the Q&A session was extremely useful and gave us the peace of mind that we have given all we could for the funding proposal.” Stig continues: “Throughout the funding application process, Spinverse was very open with their communication and the collaboration worked really well, guiding us towards our goal in this competitive EIC Accelerator call. The expertise of the Spinverse team built a relationship of mutual trust, which I see as a very important success factor in this kind of projects.”

Do you want to know your potential for EU funding? Register for our free funding assessment here.

The CleverHealth Network ecosystem is buzzing with activity as the ongoing six co-development projects aim to develop new treatments and solutions to address clearly defined clinical challenges. The product and service innovations under ...

The CHARM ECSEL JU project coordinated by Valmet aims to develop industrial IoT solutions with an improved tolerance towards harsh industrial surroundings. Digitalisation of the European manufacturing industries is the key to their continuous ...

Business Finland launched a competition in early 2020 for leading companies (so called Veturi companies) with international operations to challenge them to solve significant future problems and increase their research, development and innovation ...

Nokia and its partners are targeting the global smart city markets, worth tens of billions of euros.  The LuxTurrim5G ecosystem coordinated by Spinverse has just completed a one-of-a-kind piloting environment that boosts the development of new ...