The bi-annual CTO Forum spring event was held on 19th of March at restaurant Palace. This time the focus of the event was on Finland 4.0 - how to increase the R&D expenditure of GDP to 4.0%. 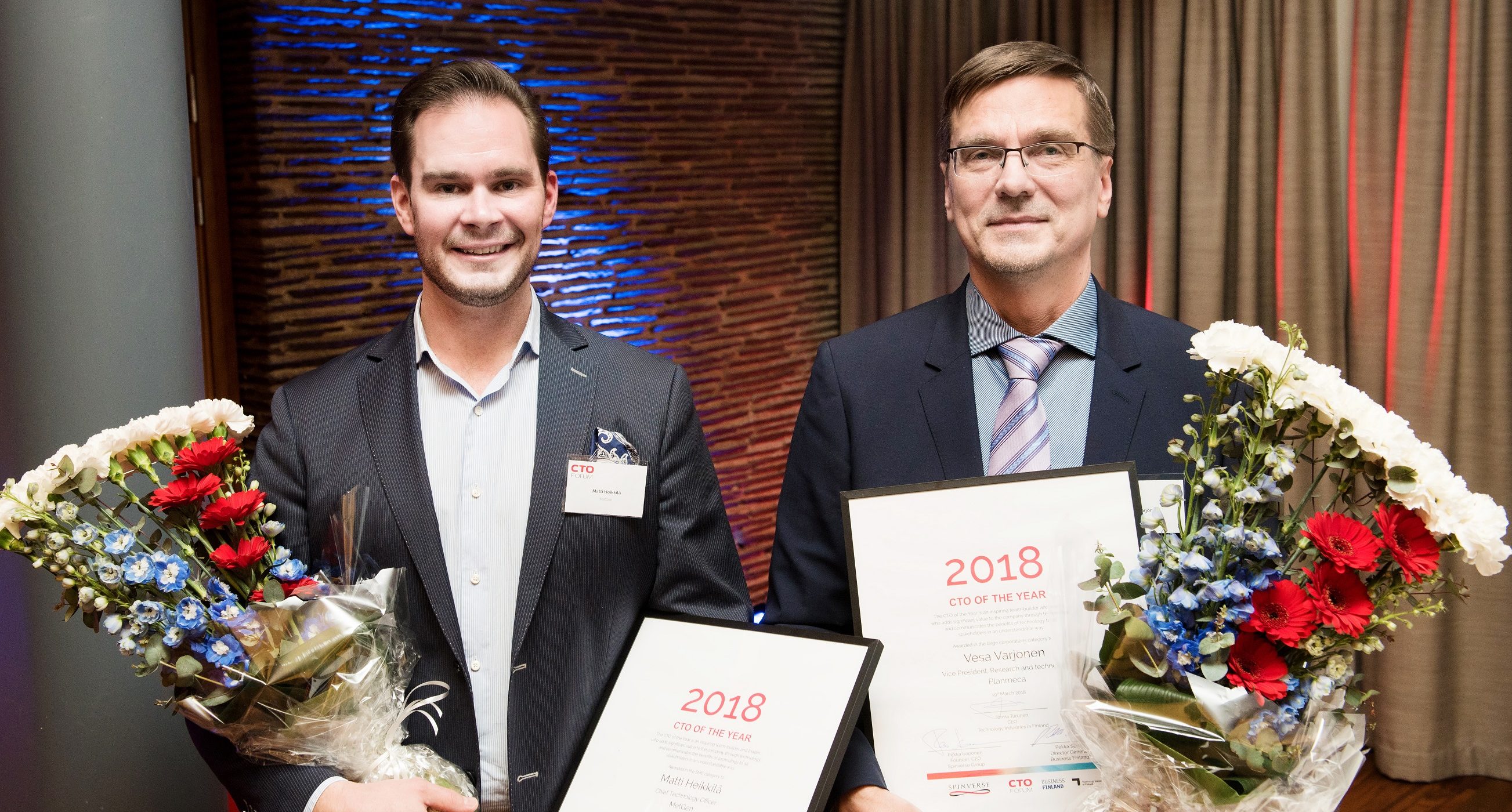 Finland’s CTOs of the Year announced: Vesa Varjonen of Planmeca and Matti Heikkilä of MetGen have contributed to the renewal of Finnish industry

Vesa Varjonen, Vice President of Research and Technology at Planmeca and Matti Heikkilä, CTO of MetGen have been chosen as CTOs of the Year 2018.  The jury consisting of leading Finnish technology influencers emphasized the significant role of the awarded CTOS on renewal of the industry. The CTO of the Year Awards are given by Spinverse together with Technology Industries of Finland and Business Finland to highlight the importance of Chief Technology Officers work on the future competitiveness of Finnish industries.

Spinverse and the Nordic Council of Ministers through the Danish Business Authority have broadened the CTO Forum concept to cover all Nordic countries. The first ever CTO Forum Nordics was held in Stockholm, Sweden on the 14th of December 2017. The aim of the day was to find ways to enhance Nordic cooperation in industrial digitalisation: Industry 4.0.

Former Vice President of Intel Labs Europe and co-founder of the Innovation Value Institute, Martin Curley, who was speaking at the CTO Forum Finland in Helsinki on October the 13th, 2016, started off his address to the Finnish CTOs by saying that we live in a new era where the pace of innovation is a matter of survival.

The European Chief Technology Officer of the Year 2016 announced

Ian Roberts, CTO of Bühler and Michael Thiel, Chief Science Officer and Co-founder of Nanoscribe have been awarded with the title European Chief Technology Officer of the Year 2016 in their respective categories: large corporations and SMEs. The awards ceremony took place during the CTO Forum 2016 in Evonik Creavis GmbH, Marl, Germany on October 27th, 2016. Both awardees serve as prominent role models fuelling growth and strengthening European innovation and technology leadership.

Martin Curley of Intel Corporation, Marcel Wubbolts of Royal DSM and Jonathan O’Halloran of QuantuMDx have been awarded as European CTOs of the Year. All three are inspiring leaders who have paid special attention to sustainability and the creation of strong and broad technology collaboration communities. Based on their foresighted technology leadership, Europe has reached the forefront in three very different industries.

Finnish CTOs: Resource circulation should be encouraged by tax deduction of investment costs

Resource scarcity is the new trend. We have e.g. too little clean water, energy, and rare raw materials. At the same time many resource side-flows from production are being thrown away or seen as waste. The mountains of garbage at the landfills are growing as we speak. Could your waste be my gold? Can this even be seen as a new underused business opportunity? According to the CTOSurvey2014, the respondents believe so.

Finnish Chief Technology Officers have stayed optimistic according to the CTO Survey 2013, which was published last week. Almost half of the CTOs believe in increasing their R&D investments and nearly a third their recruitments. The number has however decreased from the last two years.

CTO Forum, organized on the 19th of September by Spinverse and Technology Academy Finland, gathered Finnish technology leaders to network and exchange ideas on the role and significance of CTOs in companies. The call for nominations for CTO of the Year 2013 was launched simultaneously.

A company’s CTO is often the least known member of its board, but their significance is growing strongly. Global competition is inescapable, and new products must reach the market and begin delivering sales fast.

Announcing the CTO of the Year 2011

Pirkka Palomäki, F-Secure nominated as CTO of the Year 2011 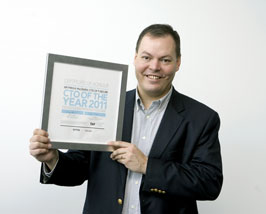 Technology Academy Finland, in cooperation with Spinverse, has named Pirkka Palomäki, F-Secure's Chief Technology Officer, as CTO of the Year 2011. Palomäki has played a significant role in turning F-Secure into a global technology leader in the data security sector.

A survey of almost 100 Finnish Chief Technology Officers (CTOs) has found that 70% plan to recruit more personnel in the coming 12 months. The survey was conducted by technology and innovation consulting firm Spinverse and launched at the CTO Forum on 16th December 2010. The CTO Forum also saw the announcement and opening of nominations for the 2011 CTO of the Year Award.